(Op.cit. p.99):
“The attitude common to the teachings of the founders of all great Eastern and Western religions is one in which the supreme aim of living is a concern with man’s soul and the unfolding of his powers of love and reason. Psychoanalysis, far from being a threat to this aim, can on the contrary contribute a great deal to its realization.” […]

(Op.cit. pp.100-102):
“The marketing orientation has established its dominant role as a character pattern only in the modern era. In the personality market all professions, occupations, and statuses appear. Employer, employee, and free-lance—each must depend for material success on personal acceptance by those who would use his services. Here, as in the commodity market, use value is not sufficient to determine exchange value. The “personality factor” takes precedence over skills in the assessment of market value and most frequently plays the deciding role. While it is true that the most winning personality cannot make up for a total lack of skill indeed, our economic system could not function on such a basis—it is seldom that skill and integrity alone account for success.
Success formulae are expressed in such terms as “selling oneself,” “getting one’s personality across,” and “soundness,” “ambition,” “cheerfulness,” “aggressiveness,” and so forth, which are stamped on the prize-winning personality package. Such other intangibles as family background, clubs, connections, and influence are also important desiderata and will be advertised however subtly as basic ingredients of the commodity offered. To belong to a religion and to practice it is also widely regarded as one of the requirements for success. Every profession, every field has its successful personality type.
The salesman, the banker, the foreman, and the headwaiter have met the requirements, each in a different way and to a different degree, but their roles are identifiable, they have measured up to the
essential condition: to be in demand. Inevitably man’s attitude toward himself is conditioned by these standards for success. His feeling of self-esteem is not based primarily on the value of his powers and the use he makes of them in a given society. It depends on his salability on the market, or the opinion others have about his “attractiveness.” He experiences himself as a commodity designed to attract on the most favorable, the most expensive terms.
The higher the offered price the greater the affirmation of his value. Commodity man hopefully displays his label, tries to stand out from the assortment on the counter and to be worthy of the highest price tag, but if he is passed by while others are snapped up he is convicted of inferiority and worthlessness. However high he may be rated in terms of both human qualities and utility, he may have the ill-luck—and must bear the blame—of being out of fashion. From early childhood he has learned that to be in fashion is to be in demand and that he too must adapt to the personality mart. But the virtues he is taught ambition, sensitivity, and adaptibility to the demands of others—are qualities too general to provide the patterns for success.
He turns to popular fiction, the newspapers, and the movies for more specific pictures of the success story and finds the smartest, the newest models on the market to emulate. It is hardly surprising that under these circumstances man’s sense of his value must suffer severely.
The conditions for his self-esteem are beyond his control. He is dependent on others for approval and in constant need of it; helplessness and insecurity are the inevitable results. Man loses his own identity in the marketing orientation ; he becomes alienated from himself. If man’s highest value is success, if love, truth, justice, tenderness, mercy are of no use to him, he may profess these ideals but he does not strive for them. He may think that he worships the god of love but he actually worships an idol which is the idealization of his real goals, those rooted in the marketing orientation.”

Cf. The chapter on the marketing orientation in “Man for Himself” (Fromm, 1947).

If a nation expects to be ignorant and free, in a state of civilization, it expects what never was and never will be. 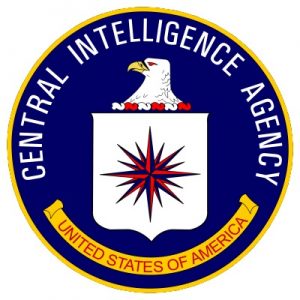 Origins of the “conspiracy meme”
For more detailed information visit: https://conspiracy-theories.eu The term “conspiracy theory” was invented and put into public discourse by the CIA in 1964 in order to discredit the many…
Top