Daniel J simon, C. F. C. (1999). Gorilla in our midst – reference. Gorillas in Our Midst: Sustained, Inattentional Blindness for Dynamic Events – Perception.
Simons, D. J. (2010).
Monkeying around with the Gorillas in Our Midst: Familiarity with an Inattentional-Blindness Task Does Not Improve the Detection of Unexpected Events. I-Perception, 1(1), 3–6. doi.org/10.1068/i03865

5G map: www.nperf.com/de/map/5g
5G has been developed by the US/Israeli military as a weapon to disperse crowds (directed energy beams which are harmful to biological organisms). It has been used twice during the illegal Irak-war. There are virtually no studies about the safety of 5G and it can be regarded as a social experiment without consensus and control-group. The 60Ghz frequency interferes with oxygen absorption of hemoglobin. 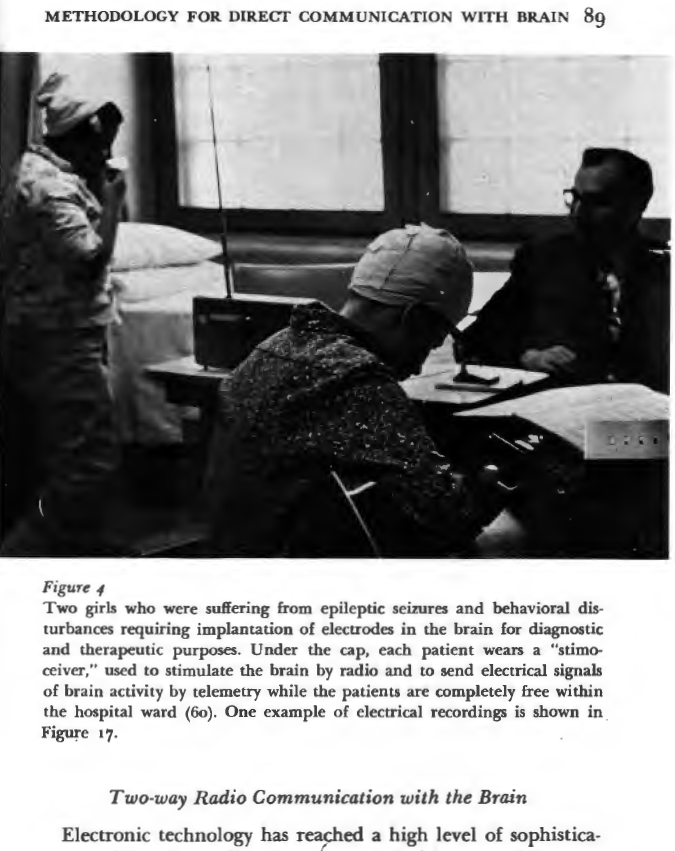 Physical Control of the Mind: Toward a Psycho-civilized Society by José M. R. Delgado. Publication date 1969

Electronic technology has reached a high level of sophistication,
and two-way radio commJ’nication with automobiles, airplanes,
and outer space vehicles is commonplace today. The
notable lag in development of similar instrumentation for communciation with the depth of the brain reflects the already
mentioned unbalanced evolution of our technological civilization,
which seems more interested in accumulating power than
in understanding and influencing the basic mechanisms of the
human mind.
This gap is now being filled, and as Figures 4 and 5 show, it
is already possible to equip animals or human beings with
minute instruments called “stimoceivers” for radio transmission
and reception of electrical messages to and from the brain in
completely unrestrained subjects. Microminiaturization of the
instrument’s electronic components permits control of all parameters of excitation for radio stimulation of three different points
within the brain and also telemetric recording of three channels
of intracerebral electrical activity. In animals, the stimoceiver
may be anchored to the skull, and different members of a colony
can be studied without disturbing their spontaneous relations
within a group. Behavior such as aggression can be evoked or
inhibited. In patients, the stimoceiver may be strapped to the
head bandage, permitting electrical stimulation and monitoring
of intracerebral activity without disturbing spontaneous activities.

We will gradually become indifferent to what goes on in the minds of other people when we acquire a knowledge of the superficial nature of their thoughts, the narrowness of their views and of the number of their errors. Whoever attaches a lot of value to the opinions of others pays them too much honor.