The weapons priming effect: A robust psychological finding which demonstrates that the mere presence of weapons causes significant increases in aggressive thoughts and violent behaviour, thereby implying that children should not be exposed to weapons (in reality and virtual reality, i.e., in vivo and silico).

REST-style URL: weapons-priming-effect.ml
Permanent URL: cognitive-liberty.online/weapons-priming-effect/
Abstract
The weapons priming effect is a psychological phenomenon described in the scientific domain of social and cognitive/affective psychology. It refers to the finding that the mere presence of a weapon (e.g., a picture of a weapon) leads to more aggressive and less prosocial thoughts and behaviors in humans beings. The effect was first described by Leonard Berkowitz & LePage (1967) in their publication “Weapons as Aggressions-Eliciting Stimuli” in the Journal of Personality and Social Psychology. The researchers experimentally corroborated their hypothesis that stimuli commonly associated with aggression (i.e., weapons) elicit aggressive responses from people (i.e., people are primed to act aggressively). The weapons priming effect is a repeatedly replicated empirical finding in psychology. A meta-analysis conducted in 2018 supported the robustness of the effect. These finding are specifically relevant in the context of military PR campaigns which encourage children to “play” with guns. Next to important humanistic concerns, neurobiological considerations concerning brain development, developmental neuroplasticity, and Hebbian long-term potentiation (LTP) are pertinent in this context. If we want to create a peaceful future on this planet we need to ‘stop to teach our children how to kill’.
An overview of the psychology of human aggression and violence

“More than 30 years ago, berkowitz and lepage (1967) published the first study demonstrating that the mere presence of a weapon increases aggressive behavior. these results have been repli- cated in several contexts by several research teams. the standard explanation of this weapons effect on aggressive behavior involves priming; identification of a weapon is believed to automatically increase the accessibility of aggression-related thoughts. two experi- ments using a word pronunciation task tested this hypothesis. both experiments consisted of multiple trials in which a prime stimulus (weapon or nonweapon) was followed by a target word (aggressive or nonaggressive) that was to be read as quickly as possible. the prime stimuli were words in experiment 1 and pictures in experiment 2. both experiments showed that the mere identification of a weapon primes aggression-related thoughts. a process model linking weapons as primes to aggressive behavior is discussed briefly”
Benjamin, A. J., Kepes, S., & Bushman, B. J.. (2018). Effects of Weapons on Aggressive Thoughts, Angry Feelings, Hostile Appraisals, and Aggressive Behavior: A Meta-Analytic Review of the Weapons Effect Literature. Personality and Social Psychology Review : An Official Journal of the Society for Personality and Social Psychology, Inc

“Guns are associated with aggression. a landmark 1967 study showed that simply seeing a gun can increase aggression?called the ?weapons effect.? this meta-analysis integrates the findings of weapons effect studies conducted from 1967 to 2017. it includes 162 effect-size estimates from 78 independent studies involving 7,668 participants. the theoretical framework used to explain the weapons effect was the general aggression model (gam), which proposes three routes to aggression?cognitive, affective, and arousal. the gam also proposes that hostile appraisals can facilitate aggression. as predicted by the gam, the mere presence of weapons increased aggressive thoughts, hostile appraisals, and aggression, suggesting a cognitive route from weapons to aggression. weapons did not significantly increase angry feelings. only one study tested the effects of weapons on arousal. these findings also contribute to the debate about social priming by showing that incidental exposure to a stimulus (weapon) can affect subsequent related behavior (aggression).”
Benjamin, A. J., Kepes, S., & Bushman, B. J.. (2018). Effects of Weapons on Aggressive Thoughts, Angry Feelings, Hostile Appraisals, and Aggressive Behavior: A Meta-Analytic Review of the Weapons Effect Literature.. Personality and Social Psychology Review : An Official Journal of the Society for Personality and Social Psychology, Inc, 22(4), 347–377.

“A landmark 1967 study showed that simply seeing a gun can increase aggression-called the ‘weapons effect.’ since 1967, many other studies have attempted to replicate and explain the weapons effect. this meta-analysis integrates the findings of weapons effect studies conducted from 1967 to 2017 and uses the general aggression model (gam) to explain the weapons effect. it includes 151 effect-size estimates from 78 independent studies involving 7,668 participants. as predicted by the gam, our naïve meta-analytic results indicate that the mere presence of weapons increased aggressive thoughts, hostile appraisals, and aggression, suggesting a cognitive route from weapons to aggression. weapons did not significantly increase angry feelings. yet, a comprehensive sensitivity analysis indicated that not all naïve mean estimates were robust to the presence of publication bias. in general, these results suggest that the published literature tends to overestimate the weapons effect for some outcomes and moderators.”
Benjamin, A. J., & Bushman, B. J.. (2016). The weapons priming effect. Current Opinion in Psychology

“In many societies, weapons are plentiful and highly visible. this review examines recent trends in research on the weapons priming effect, which is the finding that the mere presence of weapons can prime people to behave aggressively. the general aggression model provides a theoretical framework to explain why the weapons priming effect occurs. this model postulates that exposure to weapons increases aggressive thoughts and hostile appraisals, thus explaining why weapons facilitate aggressive behavior. data from meta-analytic reviews are consistent with the general aggression model. these findings have important practical as well as theoretical implications. they suggest that the link between weapons and aggression is very strong in semantic memory, and that merely seeing a weapon can make people more aggressive.”
Dillon, K. P., & Bushman, B. J.. (2017). Effects of Exposure to Gun Violence in Movies on Children’s Interest in Real Guns. JAMA Pediatrics, 171(11), 1057.

“The weapons effect (i.e., the phenomenon in which weapons elicit aggressive thoughts or behaviors) has been previously studied with male participants. however, we attempted to replicate the weapons effect with female participants. a total of 107 female undergraduates were randomly assigned to one of three image priming conditions. participants were primed with images of assault guns, hunting guns, or brooms, and then responded to questions relating to aggressive behaviors. the results indicated that the weapons effect can be produced in female participants. specifically, participants in the hunting gun condition reported more aggression than participants in the control condition. the replication of the weapons effect in females produced by this study may indicate that this effect is gender neutral. implications of the findings are discussed.”
Lust, S. A., Saults, J. S., Henry, E. A., Mitchell, S. N., & Bartholow, B. D.. (2009). Dangerous minds: A psychophysiological study of alcohol, perception of weapons and racial bias. Alcoholism: Clinical and Experimental Research

“Research has established that participants more quickly and accurately categorize guns following pictures of black men than pictures of white men (e.g., payne, 2001). previous work (see bartholow et al, 2006) also indicates that alcohol can enhance expressions of race bias by impairing cognitive control of inhibition. the n2 component of the event-related brain potential (erp) can serve as an indicator of inhibitory conflict in such paradigms while the ern (error-related negativity) can reflect distress related to race bias errors. here, 67 adults (age 21-35) were randomly assigned to consume alcohol (mean bac =0.101 (sd=0.016), a placebo (9:1 tonic to 100 proof vodka), or a control beverage (all tonic) prior to completing the weapons identification priming task (payne, 2001) in which a picture of a black or white man’s face is followed by an image of a gun or a tool (i.e., target). alcohol decreased accuracy overall (m =.79 vs. .90 in placebo), p<.01. ps were also more accurate at identifying tools following white faces (m =.85) than black faces (m =.82), but were more accurate identifying weapons following black faces (m =.89) than white faces (m =.87), p <.01. as predicted, alcohol increased this race bias effect (d=1.11) relative to placebo (d =.66) and control (d =.87). process dissociation procedure analyses (jacoby, 1991) showed that the influence of automatic processing on responses was unaffected by alcohol (ms = .57, .57, and .57), but that alcohol significantly impaired controlled processing (ms = .58, .8, and .76). this pattern also was reflected in n2 and ern amplitudes, suggesting that alcohol impairs the ability to override prepotent responses associated with race bias.” 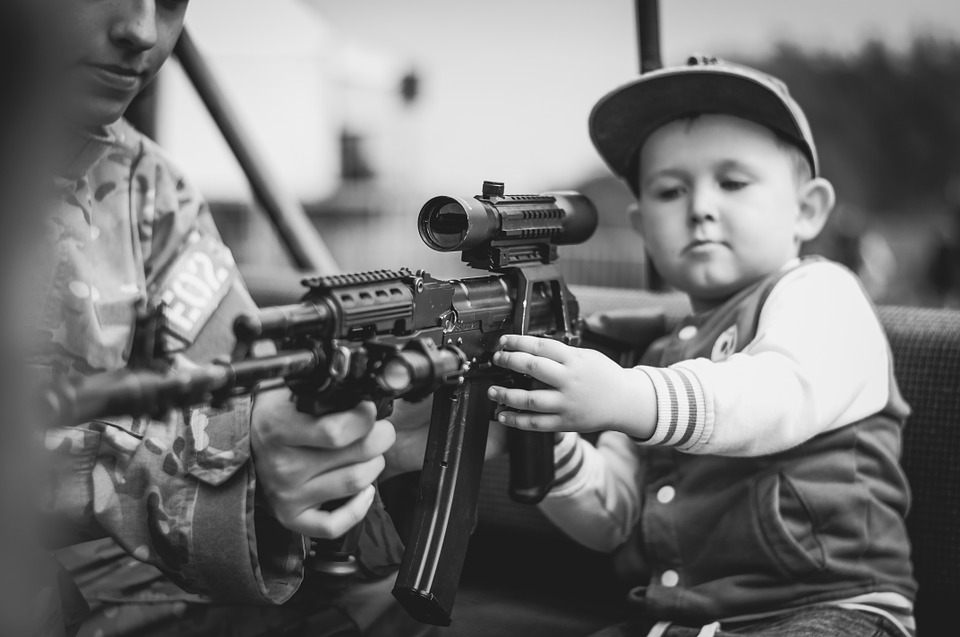 Dr. Christopher B. Germann (Ph.D., M.Sc., B.Sc. / Marie Curie Alumnus) is a scientist and interdisciplinary scholar specialised in cognitive psychology and neuroscience, inter alia.
Moral impetus of the project
Cognitive-Liberty.Online was created in 2018 to counteract the perfidious and utterly unethical psycho-physiological manipulation (viz., cybernetic propaganda) which is currently systematically utilised by the narcissistic financial power “elité” and its associated co-opted myrmidónes to control and exploit the largely naïve populace (behind a superficial Orwellian façade of humanitarian benevolence and scientific progress). As the propagandist Joseph Goebbels already noted in the age of the 3rd Reich: Effective propaganda is invisible — conscious awareness of the influence would automatically elicit psychological reactance/resistance, or, in Prof. Noam Chomsky’s terms, “the natural human instinct for freedom”. In other terms, human beings generally do not like to be manipulated… Unbiased information and historical context are crucial components for a realistic understanding of the prevailing highly manipulative socio-political situation. Cognitive-Liberty.Online was created to make a contribution towards this critical objective. Based on a multi-criteria metalevel analysis one is forced to conclude that the current capitalistic system (aka. the “capitalocene”) is antagonistic towards the unfoldment of human potential and nature/life as a whole, i.e., the current modus operandi is fundamentally corrupt and promotes nescience, neuronal atrophy, and moral decay. The empirical evidence for this statement is de facto overwhelming (if one dares to look at it in an unbiased manner). Per analogiam, the situation is very reminiscent of Plato’s “Allegory of the Cave” which he introduced in his Socratic dialogue “The Republic” (Greek: Πολιτεία/Politeia, ≈380 BC), a text concerned with the character of the just state and the just man. The text definitely ranks among the most influential philosophical text in world and it has deeply influenced modern political theory. The timeless cave-allegory profoundly demonstrates Plato’s status as a deep philosopher who was initiated into the occult knowledge traditions (etymological root meaning: that which is hidden/concealed from the eye, Latin: occultus), but see: https://christopher-germann.de/platos-hohlengleichnis/ “To ask the ‘right’ question is far more important than to receive the answer. The solution of a problem lies in the understanding of the problem; the answer is not outside the problem, it is in the problem.” — Sri Jiddu Krishnamurti Sapere aude, homō sapiens sapiēns!

“For to be free is not merely to cast off one’s chains, but to live in a way that respects and enhances the freedom of others.”