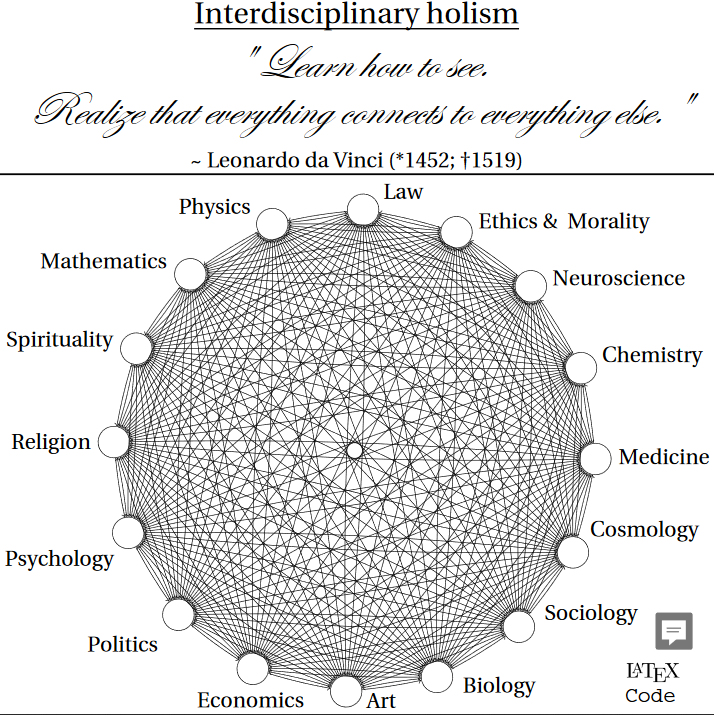 The interactions between disciplines can be geometrically conceptualised as a cross-polytope, viz., each discipline is a node in the polytope.

points
location of points
edges
edges of the object 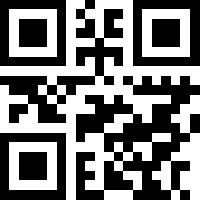 Ash, M. G.. (1998). Gestalt psychology in German culture, 1890-1967 : holism and the quest for objectivity. Cambridge Studies in the History of Psychology

“This is the first full-length historical study of gestalt psychology–an attempt to advance holistic thought within natural science. holistic thought is often portrayed as a wooly-minded revolt against reason and modern science, but this is not so. on the basis of rigorous experimental research and scientific argument as well as on philosophical grounds, the gestalt theorists max wertheimer, wolfgang köhler and kurt koffka opposed conceptions of science and mind that equated knowledge of nature with its effective manipulation and control. instead, they attempted to establish dynamic principles of inherent, objective order and meaning in current language, principles of self-organization in human perception and thinking, in human and animal behavior, and in the physical world. the impact of their work ranged from cognitive science to theoretical biology and film theory. based on exhaustive research in primary sources, including archival material cited here for the first time, this study illuminates the multiple social and intellectual contexts of gestalt theory and analyzes the emergence, development and reception of its conceptual foundations and research programs from 1890 to 1967.”

“All animals and plants establish symbiotic relationships with microorganisms; often the combined genetic information of the diverse microbiota exceeds that of the host. how the genetic wealth of the microbiota affects all aspects of the holobiont’s (host plus all of its associated microorganisms) fitness (adaptation, survival, development, growth and reproduction) and evolution is reviewed, using selected coral, insect, squid, plant, and human/mouse published experimental results. the data are discussed within the framework of the hologenome theory of evolution, which demonstrates that changes in environmental parameters, for example, diet, can cause rapid changes in the diverse microbiota, which not only can benefit the holobiont in the short term but also can be transmitted to offspring and lead to long lasting cooperations. as acquired characteristics (microbes) are heritable, consideration of the holobiont as a unit of selection in evolution leads to neo-lamarckian principles within a darwinian framework. the potential application of these principles can be seen in the growing fields of prebiotics and probiotics.”
Rosenberg, E., & Zilber-Rosenberg, I.. (2008). Role of microorganisms in the evolution of animals and plants:The hologenome theory of evolution. F. E. M. S. Microbiol. Rev., 32, 723–735.

“We present here the hologenome theory of evolution, which considers the holobiont (the animal or plant with all of its associated microorganisms) as a unit of selection in evolution. the hologenome is defined as the sum of the genetic information of the host and its microbiota. the theory is based on four generalizations: (1) all animals and plants establish symbiotic relationships with microorganisms. (2) symbiotic microorganisms are transmitted between generations. (3) the association between host and symbionts affects the fitness of the holobiont within its environment. (4) variation in the hologenome can be brought about by changes in either the host or the microbiota genomes; under environmental stress, the symbiotic microbial community can change rapidly. these points taken together suggest that the genetic wealth of diverse microbial symbionts can play an important role both in adaptation and in evolution of higher organisms. during periods of rapid changes in the environment, the diverse microbial symbiont community can aid the holobiont in surviving, multiplying and buying the time necessary for the host genome to evolve. the distinguishing feature of the hologenome theory is that it considers all of the diverse microbiota associated with the animal or the plant as part of the evolving holobiont. thus, the hologenome theory fits within the framework of the ‘superorganism’ proposed by wilson and sober.”
Rosenberg, E., Sharon, G., & Zilber-Rosenberg, I.. (2009). The hologenome theory of evolution contains Lamarckian aspects within a Darwinian framework. Environmental Microbiology, 11(12), 2959–2962.

“The hologenome theory of evolution emphasizes the role of microorganisms in the evolution of animals and plants. the theory posits that the holobiont (host plus all of its symbiont microbiota) is a unit of selection in evolution. genetic variation in the holobiont that can occur either in the host and/or in the microbial symbiont genomes (together termed hologenome) can then be transmitted to offspring. in addition to the known modes of variation, i.e. sexual recombination, chromosomal rearrangement and mutation, variation in the holobiont can occur also via two mechanisms that are specific to the hologenome theory: amplification of existing microorganisms and acquisition of novel strains from the environment. these mechanisms are lamarckian in that (i) they are regulated by ‘use and disuse’ (of microbes) and (ii) the variations in the hologenome are transmitted to offspring, thus satisfying also the lamarckian principle of ‘inheritance of acquired characteristics’. accordingly, the hologenome theory incorporates lamarckian aspects within a darwinian framework, accentuating both cooperation and competition within the holobiont and with other holobionts.”